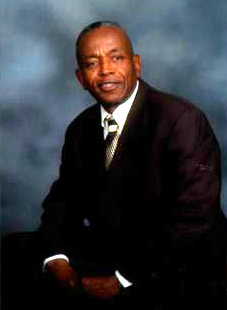 Prior to him serving in the United States Army from 1963 to 1965, he earned a Bachelor of Arts Degree from Wilberforce University, Wilberforce, Ohio and did additional studies at Glassboro State College, now known as Rowan University, Glassboro, New Jersey. He worked as an elementary school teacher for the Deptford Board of Education, Deptford, New Jersey from 1966 until his retirement in 1996.

Overseer Ingram accepted Christ and was Spirit-filled in February 1977 at Faith Holy Temple Church of God in Christ (COGIC) Camden, New Jersey. He joined Mount Carmel COGIC, Berlin, New Jersey in 1979, and worked in the following ministries: The Boy’s League, served as Assistant Sunday School Superintendent, a Sunday School Teacher, started a Men’s Fellowship, visited the elderly on a regular basis, and was in charge of the Bus Ministry. He was called to preach in 1983, and licensed in 1984 at Holy Temple COGIC in Toms River, New Jersey. In 1986, he founded with his wife, Restoration Christian Fellowship Church, a Non-Denominational (Full-Gospel Church in Sicklerville, New Jersey. In 1989, he was ordained with the International Ministerial Fellowship of Jameson Evangelistic Association of Philadelphia, Pennsylvania under the leadership of Dr. Howard O. Jameson. Doctor of Divinity Degree was conferred upon him from Jameson Christian College, Caguas, Puerto Rico in 1990. In May 2002, Co-Pastor Emogene M. Ingram was installed as Senior Pastor under the leadership of her husband as Overseer Joseph L. Ingram.

Overseer Ingram works extensively in outreach including visiting hospitals, prisons, feeding the homeless, and in personal evangelism. He along with his wife founded Restoration Community Development Corporation, that sponsors Little Restorer's Learning Center. In January 2015 he founded an Intergrated Men's Fellowship, where he ministers to men by building them up to become prophets, priests and kings of their homes. He host a weekly radio broadcast, “Time of Restoration Ministry, on radio station WTMR 800AM.

Overseer Ingram received the Teacher of the Year Award from Oak Valley Elementary School, and received a Certificate of Recognition for being an outstanding teacher in New Jersey public schools from Governor Christine T. Whitman in 1995; received a Service to Education Award in 1996 in recognition of 30 years of outstanding and dedicated service to the youth of Deptford Township as an Elementary School Teacher. In addition to his ministerial duties, Overseer Ingram founded the Pastor’s Prayer Alliance of Winslow Township and served as a member of he Mayor’s Pastor’s Roundtable Committee.

On March 3, 2021, our beloved, Overseer Joseph L. Ingram,  transitioned from earth to his new address in heaven to ever be with the Lord. He often quoted, "to be absent from the body, and to be present with the Lord" during his illness. He left us a legacy that is yet being fulfilled as the men and women of God pick up the torch to keep his legacy alive. As stated in Revelation 14:13b, "Blessed are the dead which die in the Lord from henceforth: Yea, saith the Spirit, that they may rest from their labours, and their works do follow them." 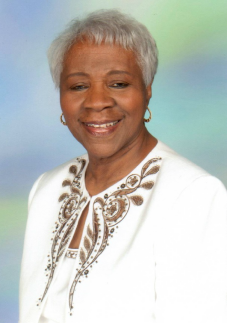 Pastor Emogene M. Ingram's Biography
Emogene Marie Ingram is a lady full of enthusiasm and alive with Christ. Saved as a child, and reared in a Christian home, her father being a pastor and her mother a missionary, attributes to her strong roots in her faith.

As a young person, Emogene, with her sisters, sang gospel music on the radio. As an adult she went on to minister in prisons, taught Sunday School and conducted Bible studies, and is still very much involved in outreach ministries and personal evangelism; knowing the promise of God in 1 Corinthians 15:58 “To be steadfast, unmovable, always abounding in the work of the Lord, forasmuch as ye know that your labor is not in vain in the Lord."

She worked twelve years for RCA, Deptford, New Jersey, and nine years for the Lower Camden County School District as a Substitute Teacher. Additionally, she served as a member of the Human Relations Commission, of Winslow Township, New Jersey for two terms. The Camden County Board of Freeholders and Row Officers honored Pastor Emogene Ingram with the Camden County Freedom Medal as an outstanding citizen who has selflessly devoted countless hours to the betterment of society in the Spirit and Vision of Dr. Martin Luther King, Jr. on January 31, 2006.

She holds an Associates Degree in Applied Science from Camden County College, Blackwood, New Jersey, Bachelor of Arts Degree in Theology from Jameson Christian College, and a Masters of Arts Degree in Theology from International Christian University, Chesapeake, Virginia. An honorary Doctor of Divinity Degree was conferred upon her from Jameson Christian College, Caguas, Puerto Rico. She also earned a Bachelor of Science degree from Regent University, Virginia Beach, Virginia. She along with her husband are the founders of Restoration Community Development Corporation, that sponsors Little Restorer's Learning Center (LRLC), where she served as the Director/Head Teacher in overseeing its daily operations from 2007 to 2018. In October 2018, LRLC was re-sponsored by Restoration Christian Fellowship Church, Incorporated, where she continued serving under the same capacity until her retirement in 2020.

She has ministered for the Women's Aglow, Church of God in Christ Women's Summit, other women’s conferences and in many churches throughout the State of New Jersey.

Don't Allow what the Wicked Do Affect your Day!

The Testing of Our Faith